In this context two important acts and their relevant provisions should be understood;

The Companies Act, 2013 has two very important Sections - Section 134 and Section 143, which have a direct impact on the audit and accounting profession.

The Directors’ Responsibility Statement referred to in clause (c) of sub-section (3) shall state that:

(A) The directors had taken proper and sufficient care for the maintenance of adequate accounting records in accordance with the provisions of this Act for safeguarding the assets of the company and for preventing and detecting fraud and other irregularities;

Section 143, of the Companies Act 2013, on “Powers and duties of auditors and auditing standards” states inter alia:

Note: Adequacy and effectiveness: Adequacy of the control design and whether control has been working effectively over the relevant financial year.

As per ICAI’s “Guidance Note on Audit of Internal Financial Controls over Financial Reporting”:

Clause (i) of Sub-section 3 of Section 143 of the Companies Act, 2013 (‘the 2013 Act’ or ‘the Act’) requires the auditors’ report to state whether the company has adequate internal financial controls system in place and the operating effectiveness of such controls.

The 2013 Act has significantly expanded the scope of internal controls to be considered by the management of companies to cover all aspects of the operations of the company.

Clause (e) of Sub-section 5 of Section 134: Defines ‘internal financial controls’ as ‘the policies and procedures adopted by the company for ensuring the orderly and efficient conduct of its business, including adherence to company’s policies, the safeguarding of its assets, the prevention and detection of frauds and errors, the accuracy and completeness of the accounting records, and the timely preparation of reliable financial information.

Rule 8(5)(viii) of the Companies (Accounts) Rules, 2014: Requires the Board of Directors’ report of all companies to state the details in respect of adequacy of internal financial controls with reference to the financial statements.

Company’s internal controls can’t be considered effective if one or more material weakness exists, to form a basis for expressing an opinion, the auditor should plan and perform the audit to find sufficient evidence to obtain reasonable assurance about whether material weakness exist as of the date specified in management assessment.

A material weakness in internal financial control may exist even when the financial statements are not materially misstated.

Corporate Governance: It is the framework of rules and practices by which a board of directors ensures accountability, fairness, and transparency in a company’s relationship with its all stakeholders (financiers, customers, management, employees, government, and the community).

The corporate governance framework consists of:

I. Explicit and implicit contracts between the company and the stakeholders for distribution of responsibilities, rights, and rewards

II. Procedures for reconciling the sometimes-conflicting interests of stakeholders in accordance with    their duties, privileges, and roles, and

III. Procedures for proper supervision, control, and information-flows to serve as a system of checks-and-balances.

·    This Act aims to provide the legal infrastructure for e-commerce in India. And the cyber laws have a major impact for e-businesses and the new economy in India.

We can clearly see here that cybercrime is not different than the traditional crime, but only difference is that in cyber-crime computer technology is involved and thus it sis a computer related time.

Ø  Information technology act 2000 is the primary Indian law dealing with cyber-crime and e-commerce.

Ø  This act aims to provide the legal infrastructure for e-commerce in India.

Ø  Cyber-laws have major impact for e-business and the new economy in India.

Ø  It was amended in 2008 to address issues like Child Pornography, Cyber terrorism and data protection etc.

Ø  The act states that unless otherwise agreed, an acceptance of contract may be expressed by electronics means of communication and the same shall have legal validity and enforceability.

# some definitions of IT Act:

Definitions mentioned below are useful to technically understand the concept of cyber-crime. The reason is simple- Object of offence or target in a cyber-crime are either the computer or data stored in it.

Detailed definitions of above mentioned terms as defined under section2 IT Act 2000:

Request for DEMO Talk to Our Expert 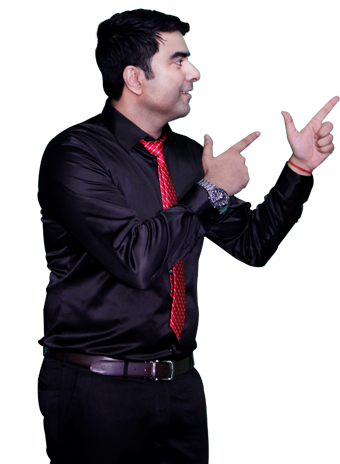